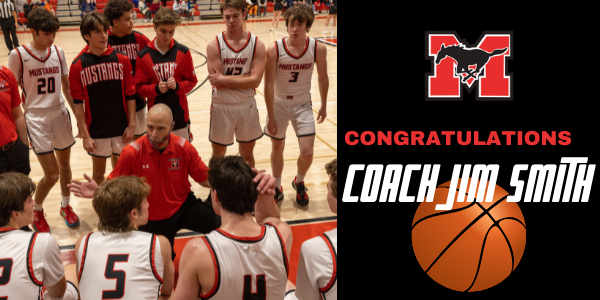 This story will be updated.

With a dominating offensive performance and hard-charging defense, on Tuesday night, the Meridian High School Varsity Boys Basketball Team secured a 59-28 victory on the road at Brentsville District High School, and in doing so, Head Coach Jim Smith reached his  500th  career win!  Meridian was led by seniors Mac Duross and Duncan Miller. 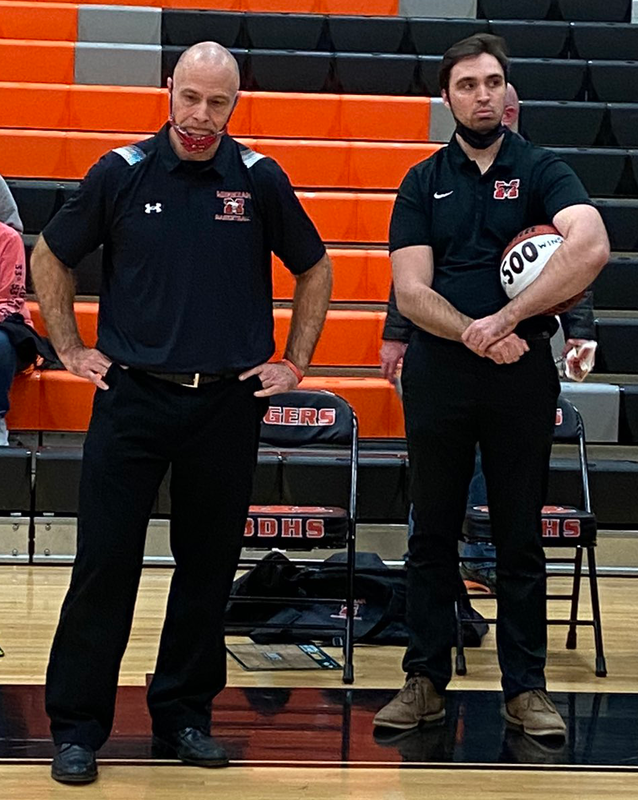 Smith started his head coaching career in 1987, getting his first 15 wins in his first and only season at Sidwell Friends School.  From there, he moved on to spend three seasons and rack up 38 wins at McLean High School.  In 1991 Smith moved to Chantilly High School, where he also taught Social Studies in addition to coaching basketball.  In 29 seasons at Chantilly High School, Smith guided the Chargers to 441 victories before retiring in 2020.

Smith has been joined this year at Meridian by his son Bob as Assistant Coach, who noted, "Coaching with my dad is a dream come true.  Basketball has always been a connecting part of our family, and for my entire life, I have only ever known my dad as a coach.  When he decided to step down at Chantilly, it didn't feel right, so I always knew in some way, shape, or form coaching would find its way back to him.  For me, this season has been an absolute joy, and I will be forever grateful for the opportunity to coach with my dad and to Meridian for making it possible."

In the last weeks, word of the impending milestone spread among several of Coach Smith's former players and colleagues.  They emphasized the significance of his impact in guiding hundreds of players through the game of basketball and as a mentor and encourager in life beyond the court.  Former player Rusty Payne, now the Freshman basketball coach at McLean HS, commented, "Coach Smith represents everything that is great about high school basketball and is truly one of the all-time greats in Northern Virginia.  I had the privilege of playing for him from 1988-1991 at McLean and later coaching with him at various points in his career -- a true thrill.  He is a great teacher of basketball and successful life principles that help his players lead to future success off the court.  He also understands the great basketball history we have in Northern Virginia.  Every basketball parent should want their son to play for a coach like Jim Smith."